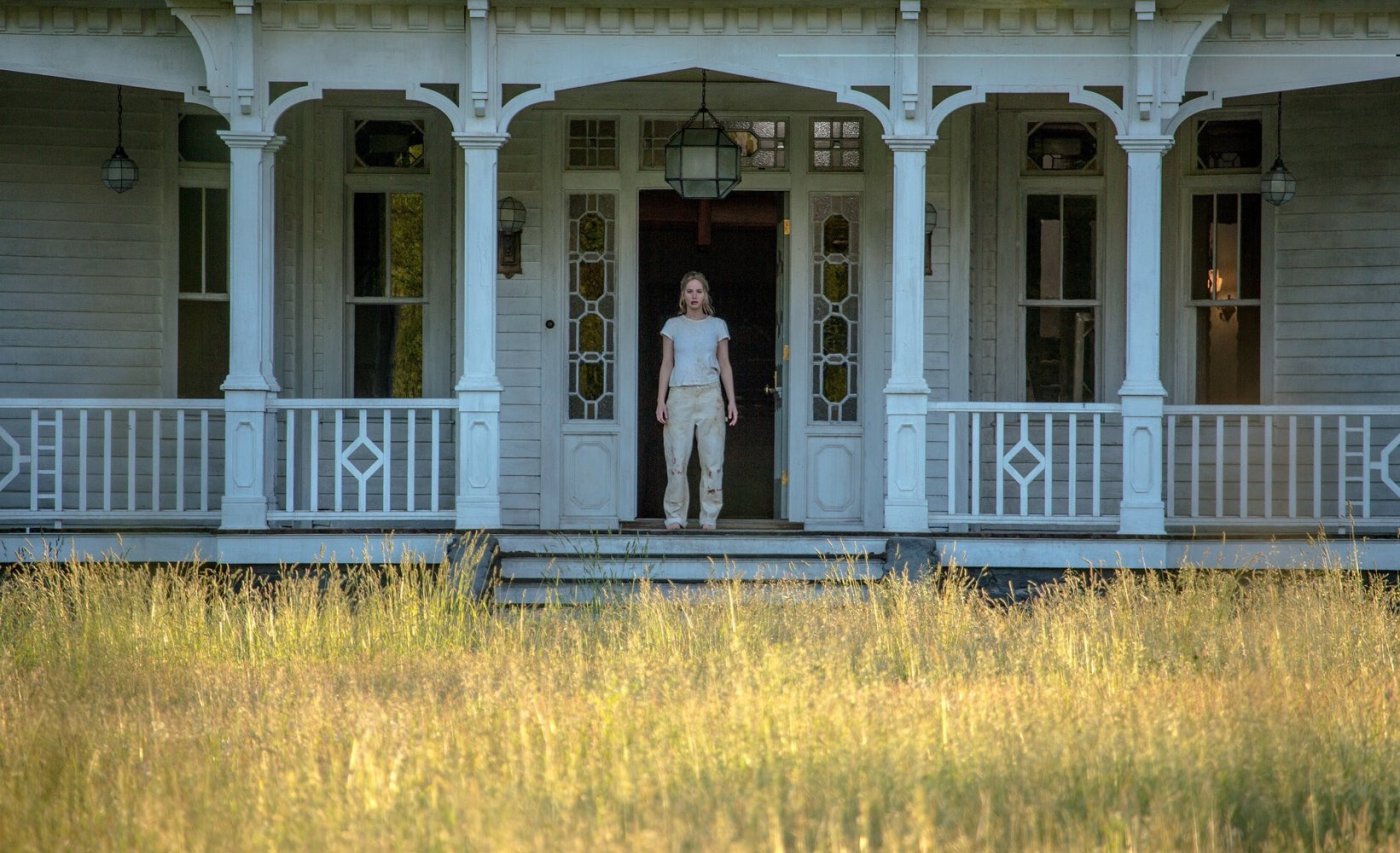 This week on End Credits we’re getting oblique and mysterious with plenty of disturbing imagery. We’re reviewing the latest Darren Aronofsky movie, which features a mysterious exclamation point for some reason, and we’re talking the latest movie news including bad bloggers, unpopular choices to direct Star Wars, and a franchise that never seems to end no matter how much we want it to. All that, plus one of our panelists comes back to the show to tell us what he’s been up to lately. (It’s TIFF related!)

This Wednesday, September 20, at 8 am, Adam A. Donaldson with Vince Masson will discuss:

1) Devin Can Wait. It was almost a year ago that Devin Faraci, editor of Birth.Movies.Death., was fired after allegations of sexual assault became public. Faraci is a well-known name in film blogging despite a reputation for being salty and insulting to others online, but the allegation seemed to have sunk Faraci’s career, and sent him quietly to seek amends and remediation… Or did it? Last week it was revealed that Faraci was quietly rehired by the Alamo Drafthouse as a writer for Fantastic Fest, which has resulted in several boycotts and other measures. Was Drafthouse founder Tim League right to help a friend, or was this a deeply stupid move on his part?

2) The Coarse Awakens. Last week, we talked about the firing of Colin Trevorrow as the director of Star Wars Episode IX. This week, we have a new director for the ninth chapter of the Star Wars saga, and it’s the man that relaunched the franchise back in 2015 with The Force Awakens, J.J. Abrams. While the rehiring of Abrams seems like a safe and solid choice, many fans aren’t pleased. Abrams may be too safe, they said, and his previous Wars effort was far from exemplary. Didn’t he just copy and past A New Hope into The Force Awakens? But seriously, what’s with all the J.J. hate, and is the franchise hedging their bets after high-profile director drama?

3) Termin-hater. Because if you’ve failed three times, then the fourth time’s the charm! That seems to be the attitude when it comes to Terminator, and just when you thought it was over, it’s actually starting all over again as director Tim Miller and Terminator originator James Cameron are teaming up to reboot the franchise back into profitability. But here’s a serious question no one is asking: Do we really need another Terminator movie? If the dwindling returns of the last three Terminators are any indication, the answer is definitely, “No”.

REVIEW: mother! (2017). Confused, astonished, grossed out, these are a few of the emotions you will feel watching mother!, the new film from writer/director Darren Aronofsky. The entirety of the film is told within the confines of a stately country home where a poet (Javier Bardem) and his wife (Jennifer Lawrence) are building a nice little quiet life for themselves. All that is thrown upside down though when a mysterious couple (Ed Harris and Michelle Pfeiffer) arrive, and that’s when things get really weird… Yup, mother! is one of *those* movies and we’re going to do everything we can to try and explain it, including the laying out of some spoilers.