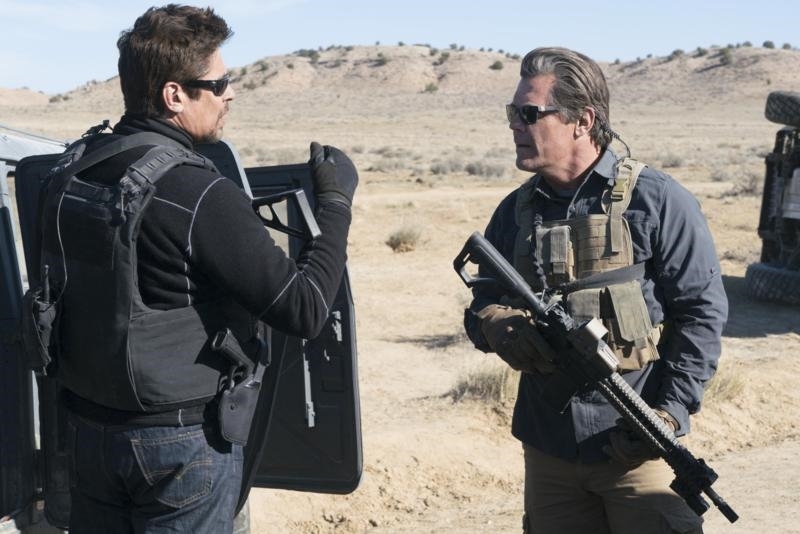 There’s a lot to laugh about on this week’s End Credits. We’ve got comedians behaving badly and others commenting on it. We’ve got a new show from a comedy master in the animation realm. We’ve got Jared Leto being Jared Leto. It’s enough to make you ask, “Who’s Watching the Watchmen?” Or not. Anyway, for our review this week, things will get very serious as we take a dour trip to the U.S./Mexico border.

This Wednesday, July 4, at 2 pm, Adam A. Donaldson and Peter Salmon will discuss:

Jerry the Lede. Jerry Seinfeld was out promoting Comedians in Cars Getting Coffee when he tried to wade into the controversy around Roseanne Barr, and the comments that got her fired from her successful sitcom. Seinfeld said, “It seemed like, you don’t need to murder someone that’s committing suicide. I thought the firing was overkill. She’s already dead.”  Is he right? Was he suggesting that Barr’s comments should have gone unanswered?

Irons and Whine. We’ve been getting a lot more casting news (including the addition of Jeremy Irons) lately about the HBO adaptation of the seminal graphic novel Watchmen. Unlike the 2009 Zack Snyder film, which some people don’t like, this project will not be based directly on the Alan Moore novel, but will instead borrow elements and themes. Cause for concern, right? Well, the show is being helmed by Damon Lindeloff, who made up for Lost time with The Leftovers, so is there reason to be excited? Or intrigued?

The Princess Snide. Matt Groening’s new show premieres on Netflix in just over a month, and a preview clip that doesn’t tell us much was released last week. It’s been described as The Simpsons meets Game of Thrones, but the tone looks very much like Futurama set in a fairy tale kingdom. So what can we expect from Groening with his third series? How adult can his new adult series get? And when are we going to see more than 45 seconds of this show before the premiere?

The Vampire Method. The last time Jared Leto played a comic book character, it was in 2016’s Suicide Squad, and to get into the head of the Joker, Leto sent dead rats and used condoms to his castmates as gifts. The Oscar-winning Leto, you see, is a “method actor”, which makes you wonder, what will he do in order to get into character to play Morbius the Living Vampire. Leto will star in the latest Spider-Man spin-off without Spider-Man, and we’ll talk about the possibilities.

REVIEW: Sicario: Day of the Soldado (2018). Picking up from 2015’s Sicario, which left so many unanswered questions, we catch up with Josh Brolin’s rogue CIA agent and Benecio del Toro’s lawyer turned hitman as they try to meld the War on Terror with the War on Drugs. Denis Villeneuve’s original Sicario was a masterstroke of tension, action, and some truly screwed pragmatism when it comes to the Drug War, but can the sequel capture that lightening in a bottle without the original’s director and vision?