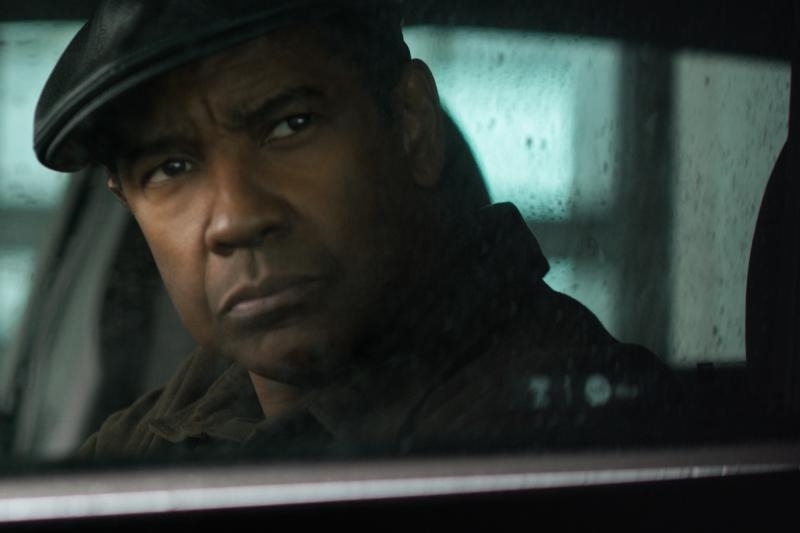 Let’s get ready to equalize! This week on End Credits, we return to sequel town with the another action flick about a bad ass older man that can break whippersnappers in half. Before equalizing The Equalizer though, we’ll tackle some news items from the week that includes items about older guys behaving badly. But first, do you want to know how we got these scars…?

This Wednesday, July 25, at 2 pm, Adam A. Donaldson, and Peter Salmon will discuss:

Have Gunn, Will Twitter. In a surprise move Friday, Disney fired James Gunn from Guardians of the Galaxy Vol 3 after some extremely distasteful tweets surfaced thanks to conservative activists looking to embarrass Gunn after some anti-Trump remarks. Yes, the jokes were offensive (including references to rape and pedophilia), but did Gunn deserve to lose his position, especially when he took the rare step and actually apologized? And what did Disney know, and when did they know it?

Dead Wringer. Canadian director David Cronenberg is getting a lifetime achievement award next month at the Venice Film Festival, and just after he said in a new interview that “If movies disappeared overnight, I wouldn’t care.” Dark, but he may have a point. If every movie theatre were to close tomorrow, would you notice? Would you care? We’ll look into the Pandora’s Box that Cronenberg opened, and ponder if he may be right.

The Blow-verine. There was one movie that the British Board of Film Classification heard more complaints about than any other last year, and it was the Academy Award nominated superhero film Logan. About 20 complaints were received, mostly in regards to people believing that the movie being rated for people 15 and up was too lenient for such a violent film. So was a movie about a man with knives in his hands too violent for the average teenager?

The Bat Wave. It was 10 years ago this month that The Dark Knight opened, and to quote one of its main characters, it changed things forever. The film got a posthumous Oscar for Heath Ledger, it got comic book movies to be taken seriously, and it let Christopher Nolan write his own ticket for over a decade. Looking back 10 years though, what is the lasting legacy of The Dark Knight? How do we consider it now when we look at the legacy of another 2008 CBM, Iron Man?

REVIEW: The Equalizer 2 (2018). Antoine Fuqua and Denzel Washington reunite again for this sequel to the big screen remake of the TV series about an ex-CIA agent that helps the average, everyday normal folks. So of course, Washington’s Robert McCall gets dragged back into the spycraft as he must avenge, or equalize (I guess), his friend’s brutal murder while she was investigating the mysterious death of an agency asset. Can McCall solve two murders, turn the life of a teen around, and make five-stars as Boston’s deadliest Lyft driver?