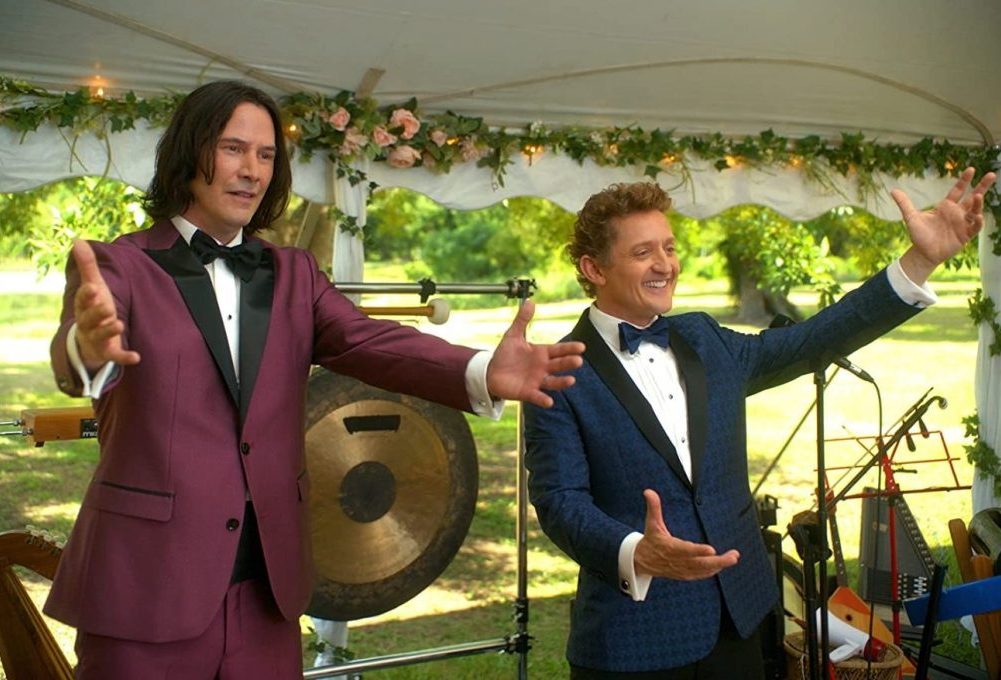 This week on End Credits, we have to face the music. Make that Bill and Ted Face the Music. The sequel almost 30 years in the making is the movie we’re reviewing this week, and we’ll see if it’s nostalgia or innovation for the win. Speaking of nostalgia, we will start a whole new series of listicles that will rank the entries in some of the greatest (?) franchises of all time.

This Wednesday, September 16, at 3 pm, Adam A. Donaldson and Candice Lepage will discuss:

Run the Series: A Nightmare on Elm Street. In a new ongoing feature for the show, which we definitely didn’t steal from a well-known pop culture news website, we will rank some the most famous, and longest-running film series that Hollywood has ever produced, and this week, we will kick things off with some Halloween flavour with the Nightmare on Elm Street films.

REVIEW: Bill and Ted Face the Music (2020). Over 30 years ago, a man from the future told two high school metal heads that their music would save the world. They’re still working on it. Keanu Reeves and Alex Winter reprise their classic roles as Bill and Ted, who now have a deadline to get that killer song written and recorded before all of reality falls apart. Can the boys save the future and their own legacy? And can you still capture lightning in a bottle three decades later?