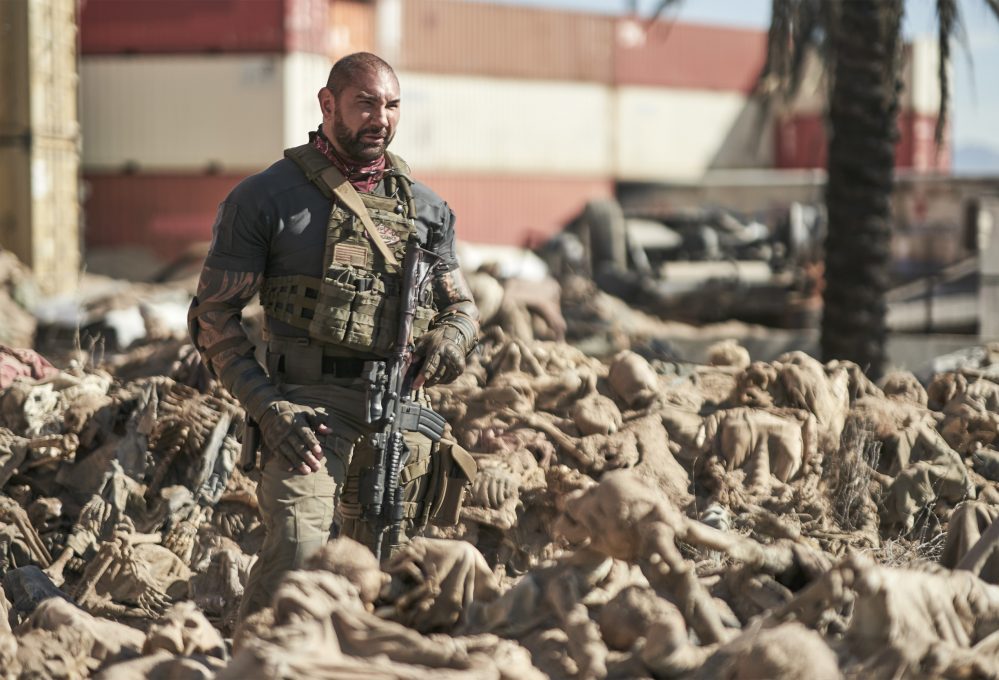 This week on End Credits, we start the next two hundred episodes. Appropriately enough, our first movie back with #201 is a zombie movie, and the author is our old friend Zack Snyder. This week, we’re going to enlist in the Army of the Dead, and before that, we will get back to re-living summer movie seasons of the past with a blast back to the 1980s.

This Wednesday, June 2, at 3 pm, Adam A. Donaldson and Candice Lepage will discuss:

Summer Lovin’ Part 4: 1986. After taking a break, we’re back to re-visting the great summer movies of the past by traveling back in time 35 years to the Summer of 1986. It was a jam-packed four months at the box office with fighter jocks, alien attacks, rogue robots, serial killers, a surprising amount of martial arts mayhem, and don’t forget the sequels. Once again, we will live vicariously in the multiplexes of yore and revisit happier summer memories.

REVIEW: Army of the Dead (2021). Zack Snyder’s been a busy man, not only did he re-assemble his edit of Justice League this year, but he finished his next magnum opus, a return trip to the end of the world. The man who launched his movie career with the remake of Dawn of the Dead, rallies the zombies again for Army of the Dead. It’s part gore-fest/part heist movie starring Dave Bautista as a soldier of fortune leading his team into zombified Vegas searching for $200 million in cash. So is this a return to form for Snyder, or is it just the cinematic living dead?