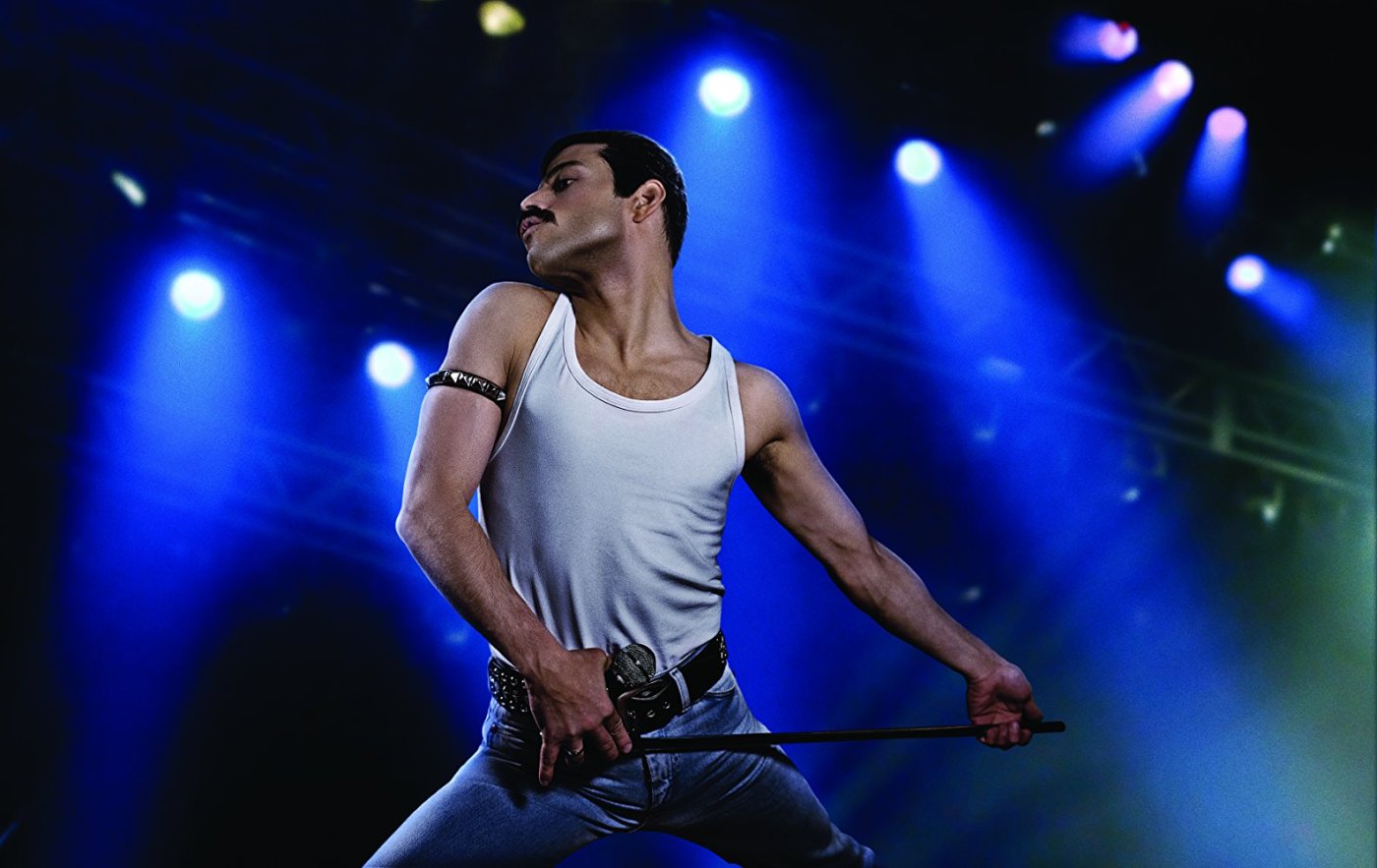 We will rock you on this week’s End Credits! Yes, we are bringing you our review of the new musical bio-pic Bohemian Rhapsody, but we can’t promise that we’ll be your best friend by the end of it because of our opinions. Enough Queen puns! We’ll also be talking about Netflix’s Oscar hopes, a new Gladiator and a new Game of Thrones series, but the sad death of a film streaming service. Guess they weren’t the champions…

This Wednesday, November 7, at 2 pm, Adam A. Donaldson and Peter Salmon will discuss:

Netflix has Chilled. Hoping to finally breakthrough the Academy’s wall to Oscar nominations, it seems that Netflix is easing its policy of releasing its original films time and day online, and in a few theatres. Alfonso Cuaron’s Roma, the Coen Bros. The Ballad of Buster Scruggs, and the Sandra Bullock-starring Bird Box will now get theatrical runs before debuting on Netflix, but will it be enough for Old Hollywood to finally let the upstart streamer into the Oscar Club?

Gladiator Too? Last week, it was announced that Ridley Scott is working on a sequel to his 2000 Oscar-winning hit Gladiator. If everything goes according to plan – and it does sound like it might be Scott’s next feature directorial effort – this could come out in time for the 20th anniversary of the original’s release. But seriously, what value is there in getting a Gladiator sequel two decades later?

FilmStruck Down. The latest casualty of the streaming age is one that might hit film fans the hardest. Last week, WarnerMedia announced that FilmStruck, which includes the library of Turner Classic Movies and the Criterion Collection, will be shuttered by the end of November. So is WarnerMedia being cheap, or are we reaching a limit to just how many streaming services we’ll buy? But more importantly, how else are we supposed to enjoy all these classic movies?

Game of Clones. It was a big week for Game of Thrones news: Entertainment Weekly released a sneak preview of the final season, HBO threatened legal action against Trump for using a GoT trademark, and HBO announced the star of the long-in-the-works prequel series, The Long Night. Naomi Watts is going to play the unnamed lead, which is a good sign, but is the series set 1,000 years before Thrones going to bore us with what’s already been done, or give us something new?

REVIEW: Bohemian Rhapsody (2018). This long in the works Queen bio-pic had a lot of work to do. It has to be about the band in order to balance out the larger-than-life Freddie Mercury, it has to focus on the music while not ignoring Mercury’s status as a queer icon, and it has to please Queen and non-Queen fans alike. There’s no doubting the power of the classic rock sounds, or of the star-appeal of breakthrough leading man Rami Malek, but can the film overcome the weight of its own expectations, and of the behind the scenes drama?