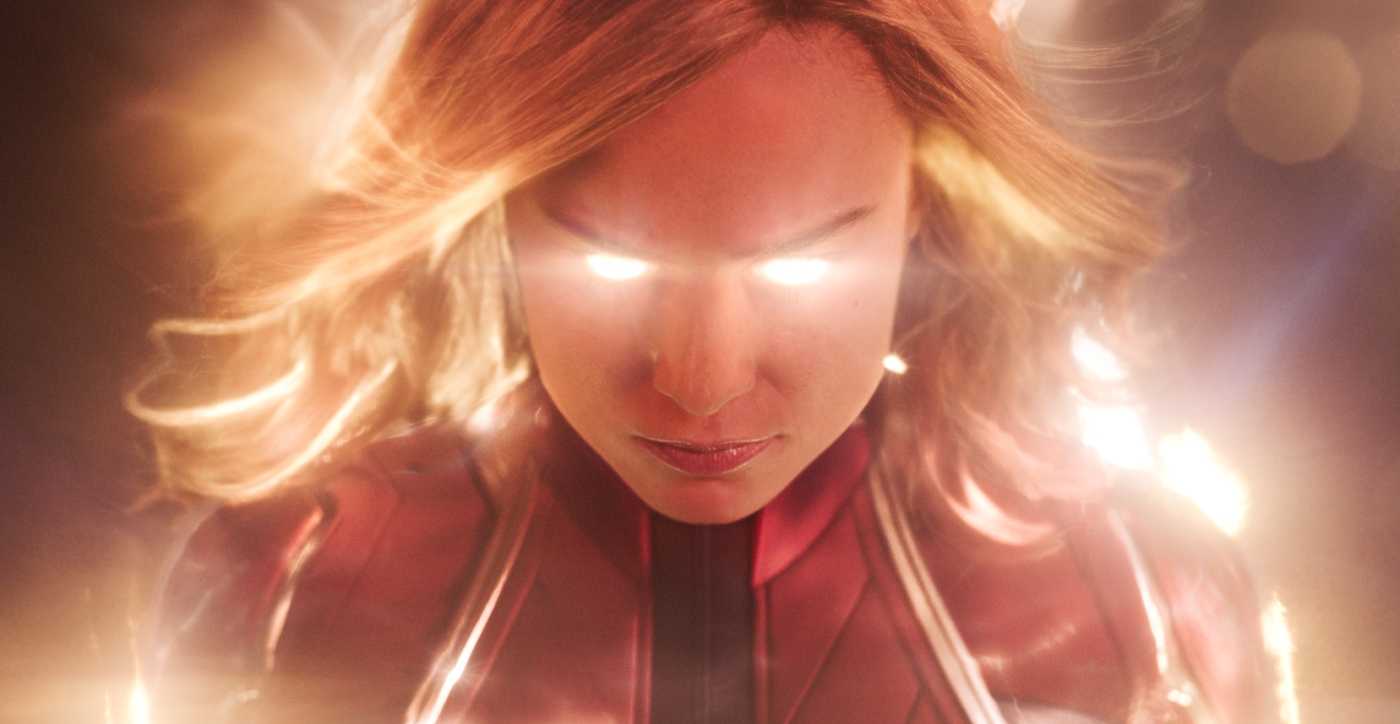 This week on End Credits, we’ll call up AltaVista on AOL and download a Quicktime over dial up for directions to the mall to get a few grunge CDs… If this 90s overload isn’t an indication, we’ll come right out and say we’re reviewing Captain Marvel this week. We’re also going to engage in the ongoing debate about cinema vs streaming, and do a little video store nostalgia before talking about superhero movies, the ones coming out soon, and the ones that are not.

This Wednesday, March 13, at 2 pm, Adam A. Donaldson and Candice Lepage will discuss:

Get Even Steven. The debate continues on whether Netflix and other streaming services should be able to play for awards like the Oscars on equal footing with theatrical releases. Steven Spielberg entered this debate and was said to be preparing a proposal for the Academy that would bar “TV movies” like Roma from eligibility. That part was misreported, but the debate remains as the Hollywood establishment has to reckon with the upstarts, and so will we.

Video Shame. If you thought video stores were long gone, you don’t live in Bend, Oregon, where the last Blockbuster Video on Earth now stands in defiance of the times. The closure of the second-to-last Blockbuster in Australia made the news, and opened up a wave of nostalgia about the good ole days when you’d head down to the store and rent a video, but do we actually still have a fondness for the experience, or is this more pointless nostalgia?

Thank You, Next. This week’s review of a superhero movie has us thinking: What other superhero movies are coming soon to a theatre near you? Next month there’s Shazam!, the DC Comics hero that’s basically Big meets Superman. And speaking of Superman, the James Gunn-produced Brightburn takes the tale of the greatest superhero and gives it a horror turn. We’ll talk about both trailers and why they have us excited.

No More Marvel. Before getting into Captain Marvel, we’ll look at the next films in the Marvel series: Avengers: Endgame, Spider-Man: Far From Home, and… Yup, that’s all. It’s weird. Marvel has always been so forward thinking – announcing 10 movies at once in 2014 – that it’s hard to believe that they haven’t said just where they might be going next, but there are some ideas. We’ll look at all the possible directions of the MCU post-2019.

REVIEW: Captain Marvel (2019). Right now, Marvel fans are basking in the arrival of Captain Marvel, the first Marvel Cinematic Universe film led by a woman, and (co-)directed by a woman. The movie finds the alien warrior Vers coming to Earth on a secret mission, but the secret maybe her’s as she starts to remember a past she thought forgotten, and discovers, perhaps, a new destiny. The 90s set cosmic adventure starring Brie Larson is set to make history, and anger a great many neck-beards in the process, but does Captain Marvel deliver?